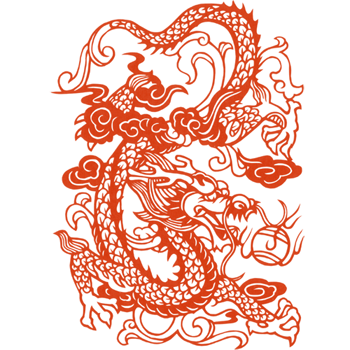 Affiliated with the New World Order through their leader, the Dragons are primarily comprised of the former members of The Masquerade's leadership, also known as the Masked Circle -- specifically, those that remained loyal to the former King Leo after his death and subsequent break from the Masquerade. Unlike that organisation, the Dragons have only one level of membership: You either are a Dragon, or you are not. Internally the Dragons are loosely hierarchical, but the structure is much more fluid than that of the rigid organisation it has replaced.

In addition to their obvious criminal connections, their role within the NWO is not dissimilar to that of the Masquerade before Joker assumed power: Well-paid assassins, spies, and enforcers who, by dint of their brutal efficacy and willingness to bloody their hands, offer the Order the ultimate in scorched-earth policies.

Led by the vicious yet extremely capable Tatsuya Sudou and supported by the NWO, even the other members of the Order fear crossing these powerful, devil-may-care agents of the conspiracy. All are afforded some status, more than adequate pay and benefits, and a wide berth. The Dragons as a whole stand for quick, dependable service, though each member has his or her own specialties.

Note: The Dragons are not affiliated with the Kokuryū-kai, despite the similarities between the two groups. At least, they don't appear to be so affiliated.

One of the reasons the Dragons so unsettle the more conservative members of the NWO is their seeming lack of any true agenda. As long as they are paid and respected, they seem to be perfectly willing to get their hands dirty for the Order -- some even treat their affiliation as a little more than a side-job. They appear not to care about the NWO's goals, though they obviously don't object to those goals either.

In reality, most if not all of the Dragons are on some level motivated by spite and a desire for vengeance, which they carry out under the aegis of their approving leadership. Odds are any given Dragon is out for him- or herself; their membership in the organisation is usually predicated upon either their loyalty to its leadership or upon their willingness to get paid very well to do very bad things.

The Dragons are known to have access to normally forbidden NWO technology, though their leadership will have an easier time requisitioning such items. Generally, however, should they need to appropriate something they will have it, and they have a particular talent for making troublesome people and problems disappear. Due to their position within the NWO, they are well-paid; apart from their paychecks, they also benefit from the profits of their criminal enterprises.

In addition, Tatsuya Sudou is the owner of the lucrative Club Zodiac in Yumezaki Ward, which serves as the Dragons' HQ as well as one of their primary sources of revenue.

Those Masquerade cultists-cum-foot soldiers, properly called Ya'ir Kamen, who wished to remain part of their Executives' retinues after Tatsuya Sudou's rebellion and, later, the dethroned King's official dissolution of the Masquerade have been recast as the Tatsu-gun (竜軍, lit. "dragon-army"), or "Tatsu Corps." Their overall number is smaller than that of the original Ya'ir Kamen, and with the breaking of the Masquerade and the abdication of Joker they have lost what magical abilities they once possessed. Even so, they are already familiar with the rigours of serving Awakened superiors and moving as mundanes in an Awakened world, and as such these devoted men and women are an invaluable resource for Dragons who might not wish to involve the yakuza in certain dealings and affairs.

To better facilitate their covert operations, the Dragons adopt code names, which they also use as titles within the organisation. They loosely base this naming structure off of the Guardian Dragons of Wang Long Fortune Telling; that is, an individual Dragon will often choose the Guardian Dragon of their month of birth, though they are not required to do so. Some instead choose colours or adjectives more suited to them as individuals. Examples of either include Tatsuya Sudou's title Red Dragon, derived from the Guardian Dragon ruling August, his birth month, and Junko Kurosu's title Jade Dragon, a reference to her signature colour.

For those seeking to create an NWO-allied character, the Dragons are a good option for characters who might otherwise be too rebellious, too criminally-inclined, or not traditional or conservative enough to fit in with the rest of the New World Order. Additionally, they provide a haven for vengeance-oriented character types who would not object to trading some of their morality (assuming they have any) and their time for the means to act on their desires.

Further, the Dragons are the contact point between the NWO and one of Sumaru's most prominent yakuza factions, the Sumiyoshi-kai; thus, a background in that faction is entirely feasible. After Tatsuya Sudou and the rest of the original Dragons took over, there were those who desired the key to the terrifying power wielded by their new bosses...